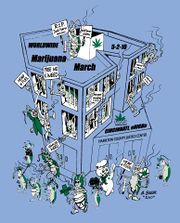 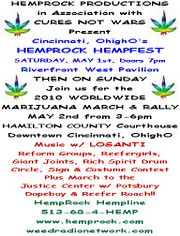 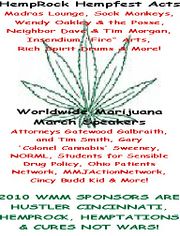 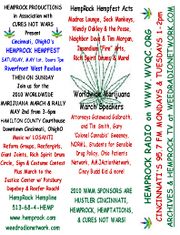 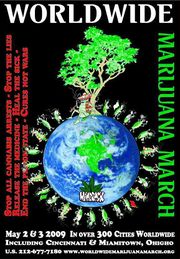 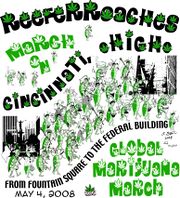 GMM preview from a hemprock.com page:

At 5:45, Reefer Roach & the drummers lead the march to the Hamilton County Justice Center Jail! Please bring your drums and other musical toys and join in! Please bring signs saying "Free the Marijuana inmates" and other anti drug war comments.