Hemp fibers were found in the tomb of Amenophis IV (Akhenaten) at El-@Amarna, ca. 1350 b.c. and confirmed in two separate scientific analyses [95]. Cannabis pollen has also been identified from mid-third-millennium b.c. soil samples from Nagada [96] and in geological strata of similar vintage in the eastern Nile Delta [97]. More convincing yet is the finding of several pollen grains inside the mummy of Rameses II, who died ca. 1213 b.c. [98]. A photomicrograph (p. 163) seems to confirm this assignation, and not that of hops, Humulus lupulus, a European species not identified in Ancient Egypt. Samples containing cannabis pollen from another mummy has also been documented [99], ca. 100 b.c., during the Ptolemaic era.

Cannabis was used medicinally starting much earlier in Egypt. See the original Egyptian documents and translations:

From History of Cannabis. Ancient Egypt is this: 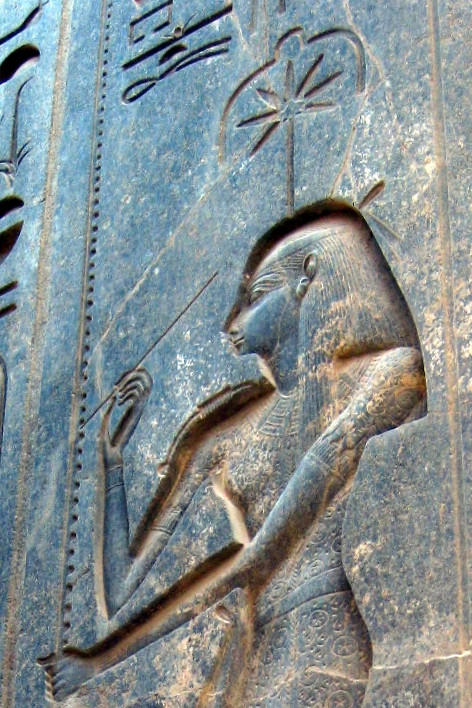