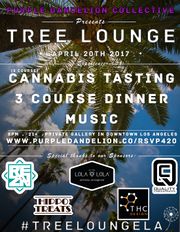 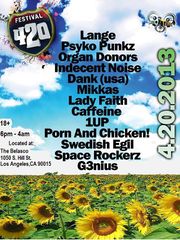 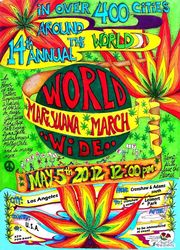 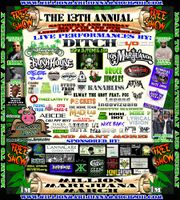 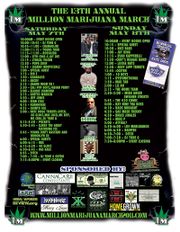 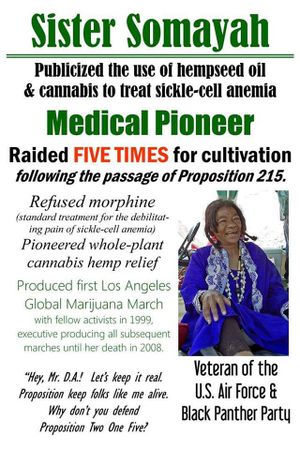 13th Annual Million Marijuana March. May 7th and 8th 2011. Parade and march begins at 12:00 at Crenshaw and Adams( just south of the 110 Freeway) May 7th terminating at Leimert Park, for a two-day celebration and Rally. What began as a grass-roots movement for Patients rights has now progressed into an international movement recognizing, Patients rights, Religious rights and peoples rights everywhere. Founded by Dana Beal of New York City( whom is currently incarcerated and badly in need of your support and prayers) and organized locally by the late Sister Somayah Kambui, Founder of the Nigretian Keif Society and Self Help for Sickle cell.

The Kwanzaa People of Color and The Moorish Science Temple of America along with many other individuals and community supporters have continued in this great endeavor to liberate Hemp. Thirteen years since its creation and growing to over 300 cities world-wide. This our opportunity to spread the truth about Hemp and Cannabis Plants. Many well know personalities, performers and supporters have come out in support of a great cause. This year DITCH will be heading the outstanding line-up of benefic and talented stars and performers.

THE USA HEMP MUSEUM WILL BE ON DISPLAY, along with curator Richard M.Davis