From Cannabis
(Redirected from Madison)
Jump to navigation Jump to search

Share link: Madison. Local or regional cannabis-related links wanted. See more links on these pages: Wisconsin and United States. See cities by country on GMM map of all cities. See all cities (not just Global Marijuana March). See the yearly city and event lists for additional Facebook and other links. 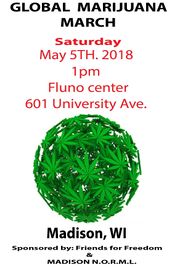 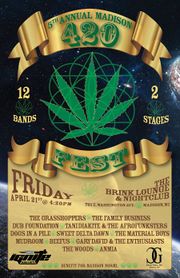 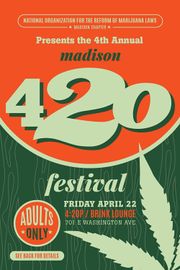 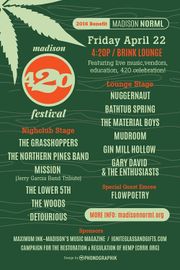 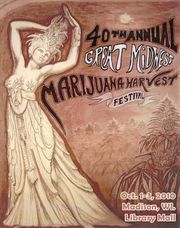 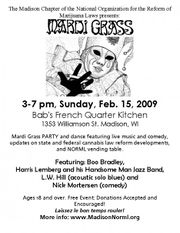 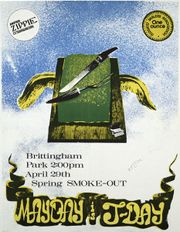 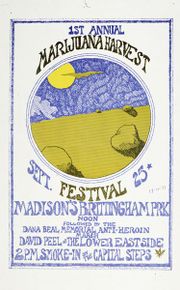 Madison March meets at State Capital at 11:30am at N. Hamilton steps. Bring signs and support the cause!

Sunny skies and temperatures in the 60's set the stage for a small but energetic Global Marijuana March in Madison WI today. Attendees mingled with Farmer's Market crowds at the State Street steps of the Capitol holding GMM posters and some signs. A little after 12:30 about two dozen marchers headed down State St., calling out pro-pot chants and clapping. Bemused observers at cafes and passersby gave signs of support and a couple joined the march. Marchers exited State at Gilman and headed to an undisclosed location for a short post-march medication and celebration.

US middle-class wealth has collapsed. [257]. See chart below. See: Income inequality and drug war. And: Wikipedia: List of countries by wealth per adult.? Median wealth is exactly in the middle. 50% of adults have more, and 50% have less. Wealth is all assets (money, stocks, property, etc.) minus all debts.

Middle class wealth collapsing. [258]. And: Just 8 men own same wealth as half the world. See Wikipedia: Wealth in the United States.