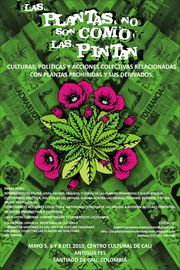 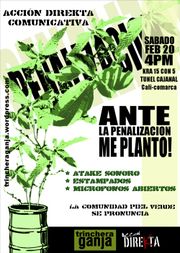 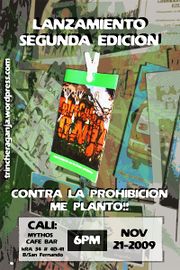 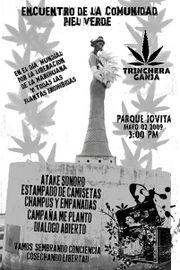 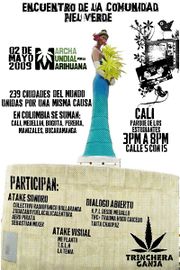 Cali (Colombia): Trinchera Ganja Collective and A.C.P.M (Association for Popular Communication and Media.) lasplantasnosoncomolaspintan(at)gmail.com http://www.trincheraganja.blogspot.com Plants are not how they paint them. Conference/Concert.