From Cannabis
(Redirected from El Paso, Texas)
Jump to navigation Jump to search 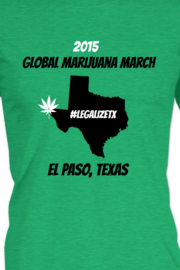 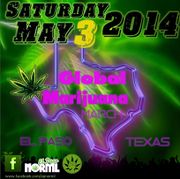 El Paso has joined the annual Global Marijuana March for the first year. We will be holding ours on May 3rd, 2014. El Paso NORML is the entity holding the march. For more information, please visit our links in the links section. One Love.