From Cannabis
(Redirected from Hartford, Connecticut)
Jump to navigation Jump to search

Share link: Hartford See cities by country on GMM map of all cities. See all cities (not just Global Marijuana March). See the yearly city and event lists for additional Facebook and other links. 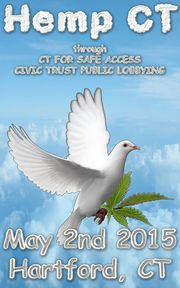 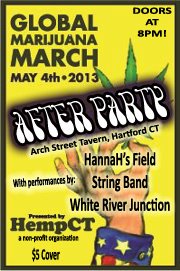 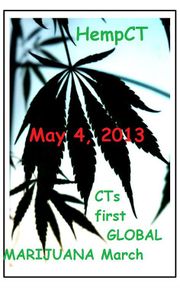 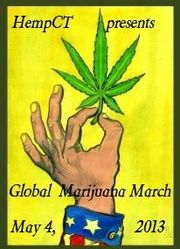 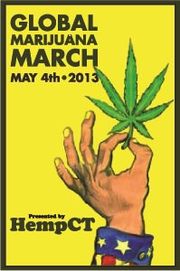 The May 6 May Day Jay Day in Hartford's Bushnell was a small success this year. Last years organizers did not follow through this year and we jumped in at the last minute to try and throw an event. With my space blogs and word of mouth we took the park without a permit and smoked bones in front of the State Capitol with Hartford police cruisers driving by all day. There was only a pass through crowd of about 50 or so with no arrests. Drums and guitars were brought to the stage and played throughout the day. When the volunteer musicians took breaks, songs and political blurbs were played by Way Out Willie on his portable sound system. Captain Joint and Way Out Willie passed out LEAP & NORML information along with lit joints and smiles. The event was held under a drizzle of rain and overcast skies. The weather was dry enough to keep the joints lit.