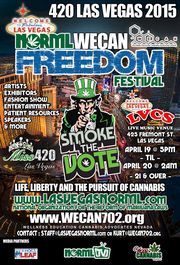 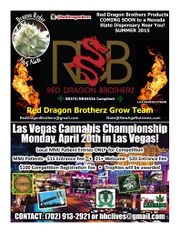 We have concluded our Cities part in the Million Man Marijuana March that was held world wide today in over 200 cities.

Las Vegas City hall and Las Vegas Metro Police Dept. greeted us on both days and were impressed to know that marijuana smokers do not cause riots. This went a long ways in our efforts to soften the city to let them know that we are a peace loving, law abiding group who respect and love our city just as much as anyone else. No one got in trouble and even after Friday the police were not even concerned about us being out there in front of City hall...they did come out once today to make sure we knew the rules about staying on the sidewalk and out of the street...and get this...to give them a call in case a drunk came by and gave us any trouble and they would come out and take care of him. Wow! We were to get police protection today from any wandering by drunk....Thank You Metro LVPD!

The we went over to Fremont street and passed out some flyers...again all went well...and we talked to several people.

Thank you so much for your support.. and remember.. this is just the beginning! Legalization in 2010!