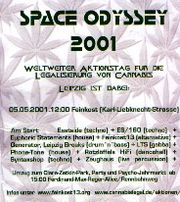 Internet Archive (archive.org) may have archives for some of the dead links found below.

Report from Leipzig. This year there was around 1000 peoples in the street parade and in the evening 600 came to the official afterhour party for Leipzig.