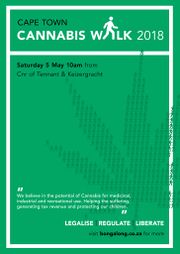 "South Africa holds the dubious ‘honour’ of being the first country to enact a specific law prohibiting the use of dagga. This happened in 1878 when the ‘Christian’ colonial government 'tried to prevent Indian indentured labour from using their sacrament, cannabis, in a bid to convert them to Christianity'. Consistent with the racist nature of most laws passed over the next several decades, the initial anti-dagga law only applied to Indians and was then extended in 1923 'on the grounds that cannabis made mine labour lazy'. In other words, the historic legal basis on which the criminalisation of dagga rests, and has always rested in South Africa, is inherently racist."