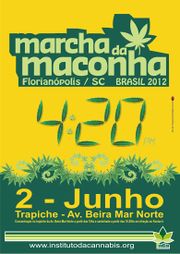 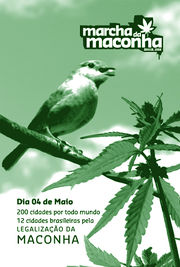 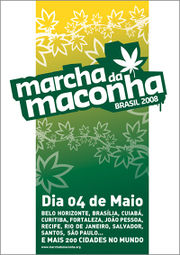 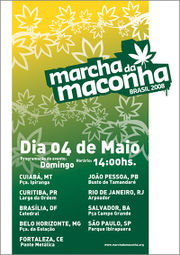 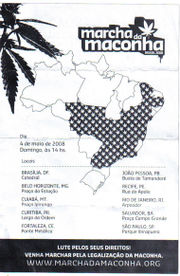 Hundreds of people attended the Marijuana March this Saturday afternoon in Florianópolis (SC). According to the calculations of the Municipal Guard, about 500 protesters participated in the act promoted in the busiest street of the capital of Santa Catarina, the Beira Mar Norte.

The group met during the afternoon in a warehouse and soon after went on walking for about 4 km. The representatives of the Office of Cannabis, the organization formed by students of the Universidade Federal de Santa Catarina, advocated the decriminalization of drugs and cited the use of marijuana for the production of goods such as clothing and medicines.

During the march, protesters carried banners and placards with slogans like "Legalize Peace" and "Who does not buy the plant." Across the way, they sang and asked that the President Rousseff (PT) legalize marijuana. Unlike São Paulo, where there was military confrontation with police last week, the demonstration was peaceful in Florianopolis and received support from many motorists who passed through the city center.

Among the participants of the Marijuana March, was the chief of the Civil Police of Rio de Janeiro, Orlando Zaccone. He, which integrates an international movement of "lawmen" who support the decriminalization of the herb, said the prosecution would not be enough to stop drug trafficking.

"Despite the repression, more and more drugs are offered to society. This policy has not solved the problem," he said. "Violence is not produced by the drug but by the ban. Legalization is the real control, the ban is total disarray."

The Marijuana March in Florianopolis was the subject of much controversy and was only made after a court authorization of Santa Catarina. State Representative Ismael Santos (DEM), tried to prevent the realization of the act and asked for an injunction. Judge Maria Paula Kern rejected the request of the parliament last Thursday.