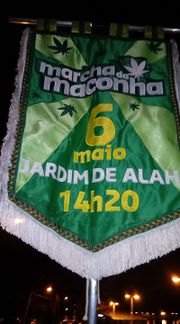 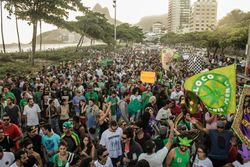 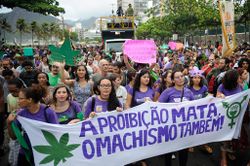 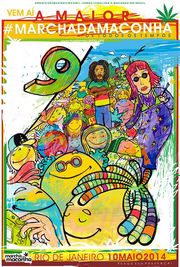 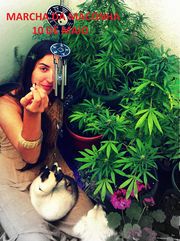 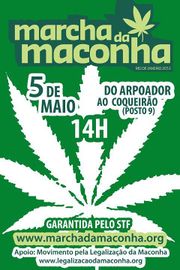 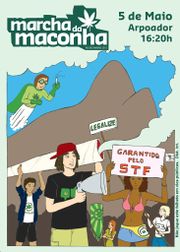 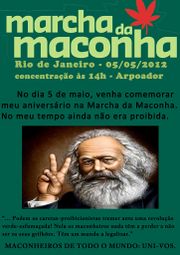 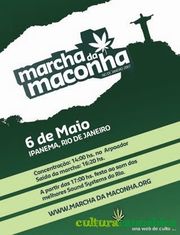 Rio de Janeiro, Brazil. May 7, 2011. "Pictures of the march with the bands 'Plant in the Mind' and 'Vegetable Orchestra'. At the end of the video images of police violence!!! 5000 people in Rio! and have over 19 cities marching for legalization in the country in 2011! The whole world is marching to end marijuana prohibition!" -- (See quote source). Youtube link.

2007 movie about Rio that has sparked a discussion about drugs in Brazil: 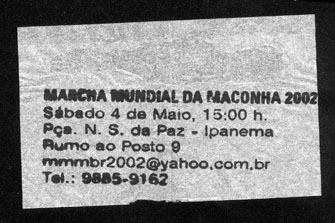 US middle-class wealth has collapsed. [121]. See chart below. See: Income inequality and drug war. And: Wikipedia: List of countries by wealth per adult.? Median wealth is exactly in the middle. 50% of adults have more, and 50% have less. Wealth is all assets (money, stocks, property, etc.) minus all debts.