From Cannabis
(Redirected from Dallas)
Jump to navigation Jump to search

Share link: Dallas. Local or regional cannabis-related links wanted. See more links on these pages: Texas and United States. See cities by country on GMM map of all cities. See all cities (not just Global Marijuana March). See the yearly city and event lists for additional Facebook and other links. 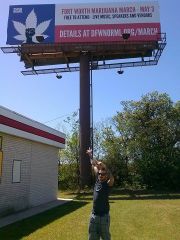 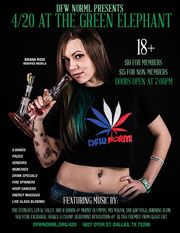 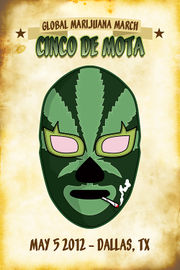 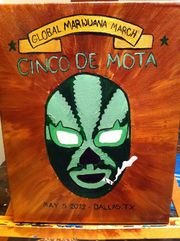 Dallas/ Fort Worth Marijuana March! Will be in Downtown Dallas Deep Ellum. Please go to FaceBook and like us: Texans for the Reforms of Marijuana Laws. Follow us on Twitter TexansRML. We are Texans for the Reform of Marijuana Laws. Follow us for details as we get them. NORML had a large turnout last year, Combined with NORML's Dallas Chapter this year will be that much bigger!!! Show your support Texans! Bring friends, family, whoever. Get the Word out this year. Print and Pass out Flyers. Do whatever it takes people!!! Together TEXANS WE CAN!!!

We will be meeting on May 1, 2010 at Dallas City Hall, 1500 Marilla Street, Dallas, TX 75201 at high noon and march until 4pm. There is an afterparty sponsored by DFW NORML to be held directly afterward the GMM. More information is available at the DFW NORML 2010 GMM Website.

Dallas: We had a turnout of nearly 300 people in Dallas for 2009! We also had a speech by Barry Cooper!

Our march went off really good for down here in Texas! We had more support for this event than any of our others! Thank you for the opportunity!